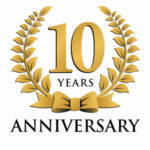 If you’re a registered, shadow, or de facto director accused of Misfeasance while managing a company, you could find yourself subject to Director Disqualification Proceedings.

What are Director Disqualification Proceedings? Expand

If you’re a registered, shadow, or de facto director accused of Misfeasance while managing a company, you could find yourself subject to Director Disqualification Proceedings.

The proceedings will commence in accordance with the Company Directors Disqualification Act 1986, and be based upon a claim that as the director of a company now in insolvency, you committed a serious act of misconduct and are therefore unfit to direct or manage the affairs of another company.

I&L offers a range of solutions for directors subject to Disqualification Proceedings, including defending the proceedings or admitting them in whole or part, with mitigating circumstances to reduce the length of any proposed ban.

Depending on the severity of the misconduct, you could be banned from being a company director for anything between 2 and 15 years, which may detrimentally affect your long-term career.

Consequences of a ban Expand

Without permission of a court, a Disqualified Director cannot have any involvement in the formation, promotion, marketing or management of a company or limited liability partnership.

Additionally, you’ll be personally liable for the losses of any business you’re involved in while Disqualified, and could face criminal prosecution.

In recent years, the government agency responsible for investigating wrongdoing by directors, the Insolvency Service, has targeted serious and serial offenders with tougher sentences.

According to the agency’s figures, between 2010 and 2016, the number of directors disqualified annually for five to 15 years rose to 573.

The increase is evidence of a clampdown by the Insolvency Service on directors who’ve traded while insolvent; transferred assets to a new business to avoid paying creditors; and or made preferential payments to friends, family, and other connected creditors.

As a result, the terms for most Disqualifications now range from five to 10 years. This includes offences such as fraud, ‘losing’ the company’s accounts, and failure to return deposits paid by online customers.

A director who admits misfeasance may give a Director Disqualification Undertaking (DDU), which enables directors to disqualify themselves voluntarily without the need for court proceedings.

The courts and Insolvency Service want to avoid unnecessary spending and will consider reducing the length of a ban in exchange for a DDU. Moreover, the costs of any investigations cannot be recovered from a director whose DDU was accepted before the commencement of court proceedings.

Subsequently, to avoid any potential court costs, many directors facing Disqualification Proceedings offer an undertaking at the earliest opportunity.

Director disqualification proceedings are very serious and you will need expert assistance and support. I&L prepares, guides, and advises directors how to protect themselves against adverse measures. Call 020 7504 1300 now for free and confidential advice…