A Creditors' Voluntary Liquidation (CVL) is a formal insolvency procedure. The process, despite its name, is instigated by the directors who decide whether the company can meet its obligations.

After a director decides their company is insolvent they must:

Insolvency practitioners have far-reaching statutory duties, and act as Liquidators on behalf of the court.

Although a CVL is a statutory process that allows the Liquidator to act on the court's behalf; in this type of insolvency they don’t operate as court officers.

The insolvency practitioner's 1st responsibility is to contact all the creditors. Creditors are told the company will be deemed to have gone into Liquidation on a given date (usually within 7 to 10 days).

Unless creditors call for a physical Meeting of Creditors (see below); creditors are deemed to have accepted the decision to liquidate the company.

1 of a Liquidator's main functions is to:

Additionally, the Liquidator will examine and investigate:

What should a company director do? Expand

I&L can prepare a director for a Creditors' Voluntary Liquidation and alternative procedures of company demise. Additionally, we can deal with all the complex issues that will help you avoid potentially adverse claims.

The Liquidator must file a report on your behaviour as a director to the the Secretary of State for Business, Energy and Industrial Strategy.

The report will also explain the reasons for the company's failure, including any serious misconduct on your part. Alternative procedures to liquidation will not include this process.

Directors in a CVL

Directors with companies facing a Creditors' Voluntary Liquidation should avoid:

Another pitfall to avoid is making Preferential Payments because creditors must be treated equally, according to Section 239 of the Insolvency Act.

The Liquidator could also ask the director(s) to make a personal financial contribution into the Liquidation Estate. Alternatively, they can request the return of monies or other assets taken from the company either prior to or during the insolvency.

The Liquidator or another party could take Misfeasance (misconduct) proceedings against a director that doesn't make contributions.

You could be disqualified from being a company director if these proceedings are successful.

The Liquidator can also ask the directors to make a personal financial contribution into the Liquidation Estate. They may also request the return of monies or other assets taken from the company either prior to or during the insolvency. Such consequences can have disastrous and long-lasting effects.

A Creditors' Voluntary Liquidation is a serious legal process; especially if your conduct as a director may be called into question.

A Creditors' Voluntary Liquidation is a serious legal process and must not be taken lightly, especially if your conduct as a director is called into question.

You must be confident that your conduct has been lawful because the Liquidator has a legal duty to act in the interest of the company's creditors. Consequently, the Liquidator cannot be relied upon to provide advice that's in your best interest.

I&L can advise as to what’s in your best interest and prepare you for the Liquidation or an alternative procedure. We can also recommend a commercially-minded insolvency practitioner to manage the process for you.

How are creditors affected? Expand

2 of the most important concerns for creditors should be:

Find out everything you can about the insolvency practitioner, and ensure they have no prior relationship with the director.

This is important because although directors hire the Liquidator, it's the creditors who appoint them and effectively pay for the Liquidation.

Shortly before or after the commencement of a statutory insolvency procedure, the insolvency practitioner will convene a Meeting of Creditors.

Unless creditors ask for a physical meeting, they are deemed to have accepted the decision to make the company insolvent.

Nevertheless, the company's directors must consent if a physical meeting is requested by:

I&L can take instructions on your behalf to attend the Creditors' Meeting and represent your interests. Oftentimes we're able to connect with other creditors to galvanise support prior to the meeting.

Creditors at the meeting can:

Unsecured creditors gain greater control over the Liquidation by forming a Creditors' Committee because unity is strength.

In many cases, the Liquidation process could be more favourable to creditors. But for this to happen they must become more proactive and aware of their powers.

For example, few creditors understand that if they're unhappy with the director's nomination, they can object and appoint an insolvency practitioner (IP) of their choice.

In a Creditors' Voluntary Liquidation, replacing the IP is usually the best course of action because rather than working for the director who gave them the job; the Liquidator should be working in the interest of creditors.

Creditors greatly enhance their prospects for dividends by appointing their own Liquidator. When creditors fail to use their votes at Creditors' Meetings; the director's choice of IP is invariably appointed.

Creditors may need a Liquidator who'll investigate the directors thoroughly and robustly. However, this can be challenging if the directors and liquidator are associated.

Similarly, it’s always a good idea to scrutinize and question the Liquidator’s costs because the more they charge the less likely it is that creditors will receive any monies back.

In far too many instances, unsecured creditors receive little or no money because the Liquidator's fees eat up the funds in the estate.

Most creditors are completely blind to the shenanigans of self-serving insolvency practitioners. Those who are aware have become apathetic because they failed to get anything back from previous Liquidations.

Nevertheless, creditors are partly responsible for the Liquidator's pay, and this is where much of their power lies.

Although Liquidators tend to charge on a time cost basis, it's perfectly okay for creditors to suggest alternatives.

Liquidation is very serious and you will need expert advice and support. I&L helps directors to wind up companies, and assists creditors seeking greater control in liquidations. Call 020 7504 1300 now for free and confidential advice…

More stories and information about CVLs:

Creditors' Voluntary Liquidations Will Be Popular in 2011 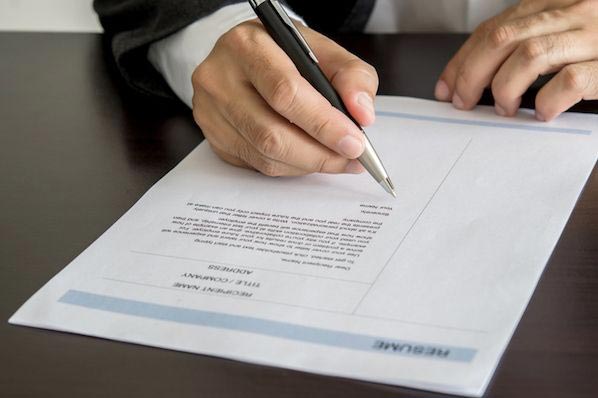 How are creditors affected?

How to replace the nominated IP

What should company directors do? 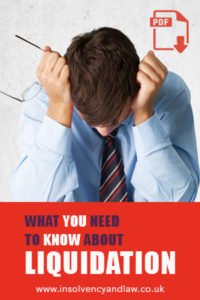 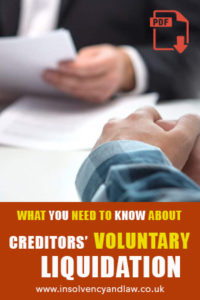 Download this free eBook to learn more about Creditors' Voluntary Liquidation (CVL). All you need to know is right here, right now.